In Week 9, the readers claimed a nice victory when they banked on Matt Moore’s Chiefs to give the Vikings more of a fight than expected. But mostly it was the algorithm’s time to shine. The week was highlighted by Elo’s outright pick of Oakland over Detroit — defying the prognosticators — and a variety of hedges toward potential upsets by the Dolphins, Steelers, Ravens and Chargers (all of which happened). By the end of play Monday night, the computer had crushed the typical reader by an average margin of 45.9 points, the most lopsided win of the entire season. Elo now has a 7-2 record against the field so far in 2019 and has won in each of the past five weeks.

Congratulations are in order, though, for Coleen C, who led all readers in Week 9 with 187.1 points, and for Aaron DiGenova, who took the full-season contest lead with 759.0 points. 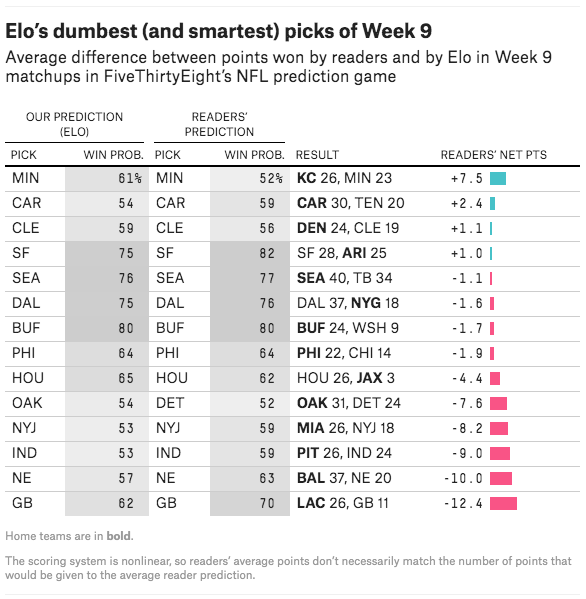