In Week 8, the readers did a nice job of hedging against the favored Bears and Bills (both of whom lost). But overall, it was a tough week for the prognosticators, who lost by an average of 26.8 points, their worst showing of the season to date. There weren’t any outright disagreements between Elo and the readers over the favorite, but the algorithm picked up points by shading in the right direction — particularly by having more confidence in the favored Saints, Texans, Lions, 49ers and Titans. Elo now has a 6-2 record against the field in 8 weeks so far this year.

Still, congratulations are in order to J A WILLIAMS, who led all (identified) readers in Week 8 with 348.0 points, and to Bill Fish, who grabbed the full-season contest lead with 694.1 points. 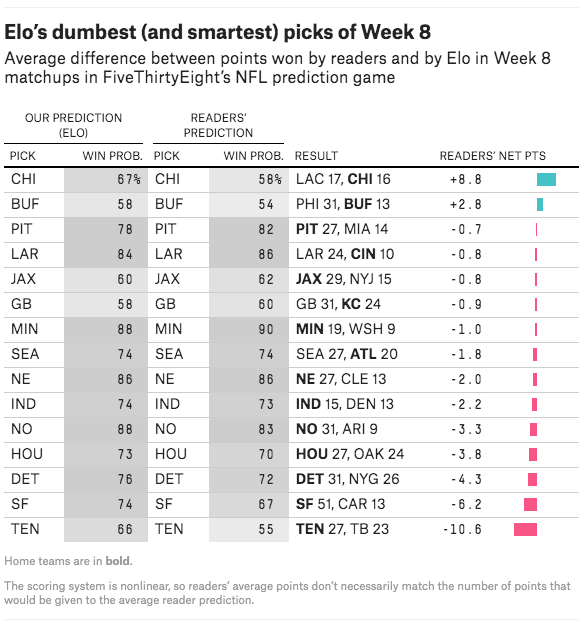