After a batch of picks undone by one disastrous outcome in Week 6, FiveThirtyEight readers did better in Week 7 — though they still lost to Elo overall. They were more bullish on the Rams and Jaguars than the algorithm and were rewarded for it, and they rightly picked New Orleans to beat the Bears at Soldier Field. But the readers also bet on the Chargers and lost, lacked faith in the Vikings and perhaps overcorrected after the Cowboys’ loss to the Jets, undervaluing Dallas against Philadelphia. Adding it up, the average reader lost to Elo by a margin of 8.1 points in Week 7 — a third straight loss (and fifth of the season) for the field after picking up back-to-back wins in Weeks 3 and 4.

Even so, congratulations are in order for Carl Kuhl, who led all readers in Week 7 with 219.3 points, and for John Ahlfield, who pulled into the full-season contest lead with 527.6 points. 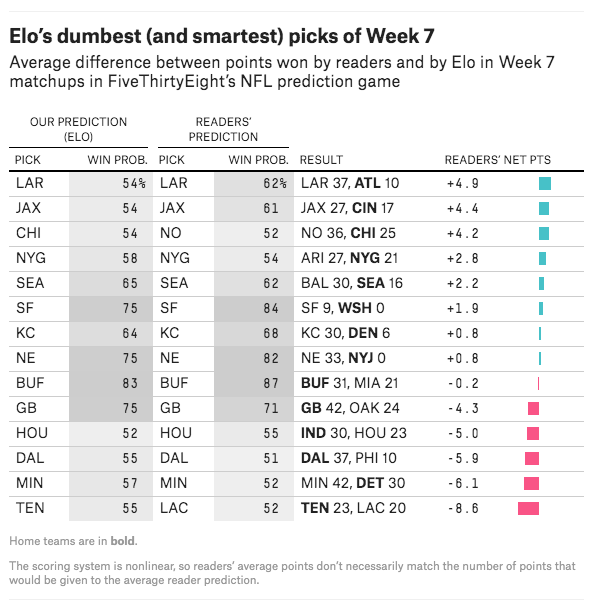