The readers had a great week … aside from one very bad game. They were right to be bearish about the Chargers (who lost to the Steelers at home) and the Rams (who lost to the 49ers at home), and they were more confident than the algorithm that the Seahawks would beat the Browns (which worked out well in the end). But the prognosticators were undone by their faith that the Cowboys would beat the Jets. Although Elo expected the same outcome, it gave Dallas only a 58 percent chance of winning; the readers gave the Cowboys an average win probability of 75 percent, which cost them a massive 25.1 points, on average, in the contest. That was enough to put Elo over the top, giving the system the win by a margin of 24.6 points over the average reader.

Still, congratulations to Christopher Moehle, who led all (identified) readers in Week 6 with 122.0 points, and to Jamie Porter, whose total of 416.8 points once again leads the full-season contest. 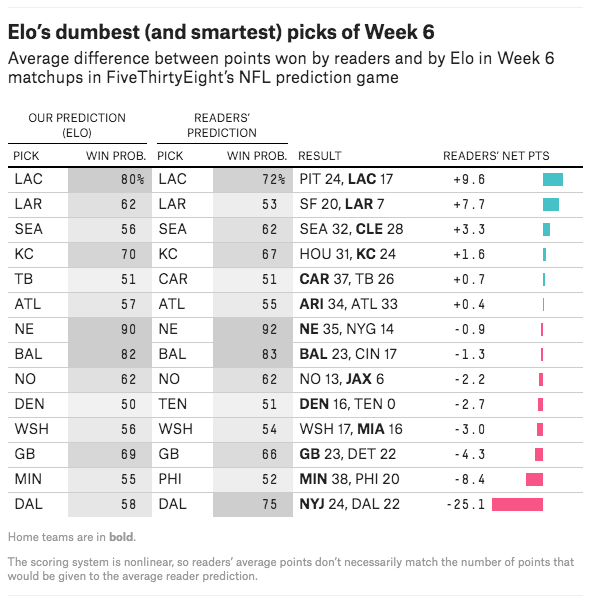