After back-to-back losses against the field in Weeks 3 and 4, Elo got its revenge in Week 5. The readers had a few strong picks — most notably in rightly downplaying Tennessee’s favorite status in the Music City Miracle rematch (Buffalo won) and setting Cincy as only the slimmest of favorites against Arizona (and the Bengals did indeed disappoint). But that was offset by the readers’ overconfidence in Chase Daniel and the Bears, Baker Mayfield and the Browns, Gardner Minshew and the Jags and Jared Goff and the Rams. Altogether, the average player lost to Elo by a margin of 19.8 points in Week 5, the widest margin either side has had in any week so far this season.

Still, congrats are in order to Mark Nitsche, who led all readers in Week 5 with 229.0 points, and to Jamie Porter, whose total of 440.9 points leads the full-season contest. 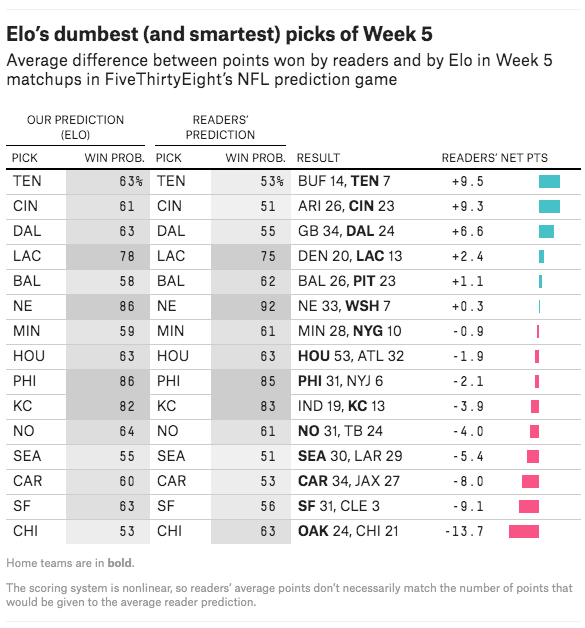