After snagging a win over Elo in Week 3, how did the average FiveThirtyEight reader do in the chaos of Week 4? The algorithm picked up some points on the field with its confidence in the Bears, Saints and Steelers, but the readers bought into Minshew Mania and correctly picked Jacksonville to win at Denver, to go with some savvy sliding of the probability sliders in the Carolina-Houston, K.C.-Detroit, Oakland-Indy and New England-Buffalo matchups. That was enough to net the readers their second victory of the season — already more wins than they had all of last season! — by an average margin of 2.7 points.

Congrats to Caleb Nides, who led all readers in Week 4 with 119.5 points, and to Jon Radermacher, whose total of 371.4 points leads the full-season contest. 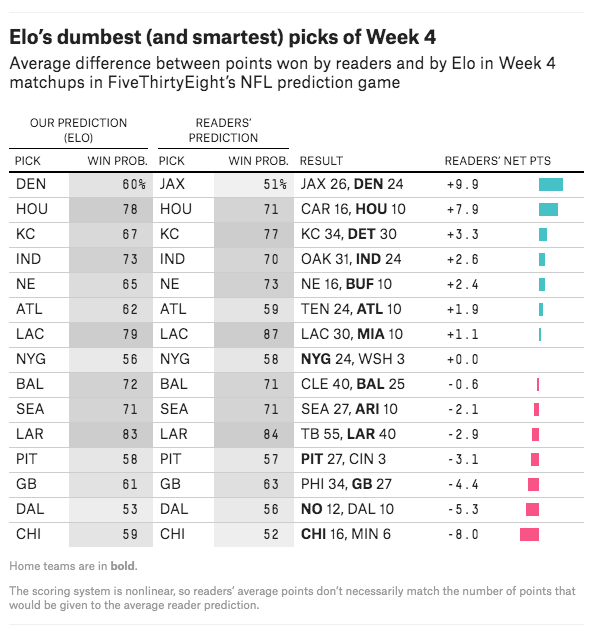