Week 3 was a victorious one for the readers! The average FiveThirtyEight picker beat our Elo model by 1 point this time around, giving the field its first win of the season. While Elo shrewdly took the Colts over the Falcons and had its faith in the 49ers and Bills rewarded, the readers picked up big points shading the Cardinals, Chargers, Titans and Bucs, all of whom eventually lost. Interestingly, the readers and the computer agreed on the favorite in all but one game last week (that Colts-Falcons game), but the human prognosticators won with smart probabilistic thinking. Nice job, all!

Among individual readers, congrats to Bruce C, who led all (identified) readers in Week 3 with 170.9 points, and to Matt Melchior, whose total of 407.0 points leads the full-season contest. 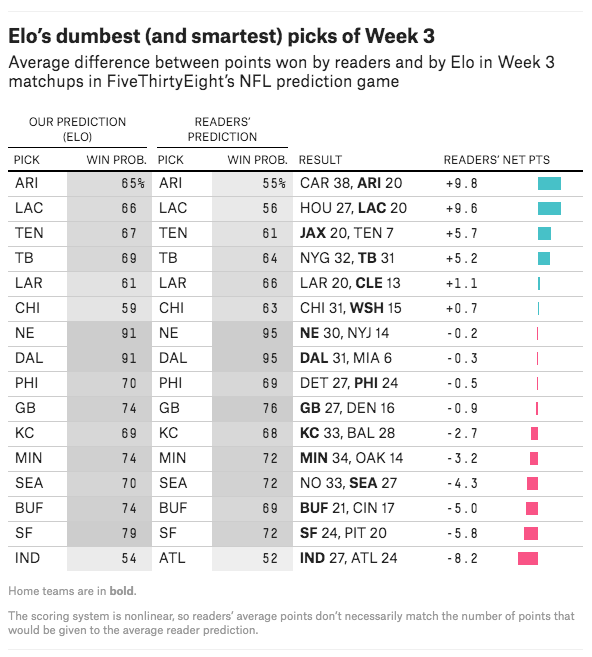