How did readers do against the algorithm last week? Even with Sam Darnold sidelined, Elo thought Monday night’s Jets-Browns contest was a pick-’em. Whoops! That was the model’s biggest whiff of Week 2, and it cost Elo 7.0 points as compared with the average FiveThirtyEight reader. There were also a few other games where Elo was too confident in the eventual loser (Tennessee against Indy, Pittsburgh against Seattle) or not confident enough in the eventual winner (Dallas vs. Washington, Chicago vs. Denver). But the algorithm gained back some points by hedging on the Lions’ chances against the Chargers and a few confident picks such as Green Bay over Minnesota and the Rams over the Saints. All told, Elo beat the average FiveThirtyEight picker by 13.6 points in Week 2, bringing its season tally to a pair of wins and no losses. 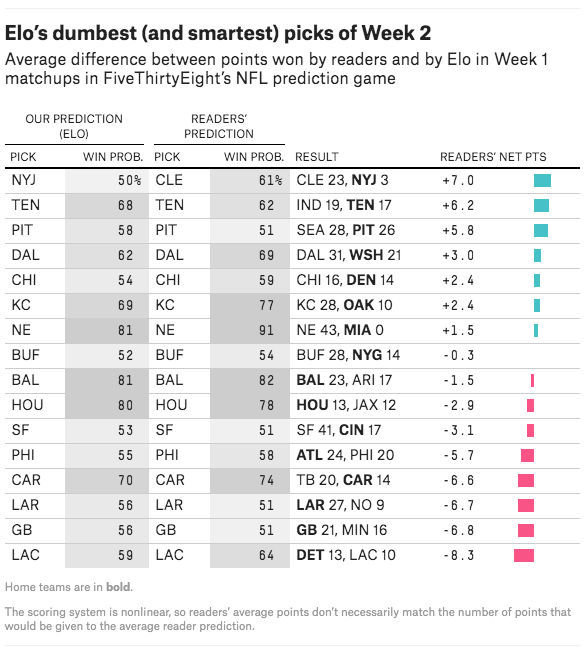