Are millennials increasingly living in cities? If you’re a young college graduate in Brooklyn, that sounds like a stupid question. Between 2000 and 2013, the share of adults living in Brooklyn who were 25 to 34 years old and had bachelor’s degrees rose 50 percent. Same in Washington, D.C. Does this mean that millennials, more than earlier generations, want dense, walkable neighborhoods, rather than a house in the suburbs — especially after watching Gen Xers suffer in the foreclosure crisis after last decade’s housing bubble burst?

While 25- to 29-year-olds are the age group most likely to live in urban neighborhoods, followed by people in their early 20s, that’s hardly a new phenomenon. To see whether millennials are different from earlier generations, we have to compare them with the same age group in the past. College graduates in the highest-density neighborhoods turn out to be a poor guide to whether there’s been a broader generational shift toward city living. Most urban neighborhoods are not Brooklyn, and most 25- to 34-year-olds don’t have bachelor’s degrees. 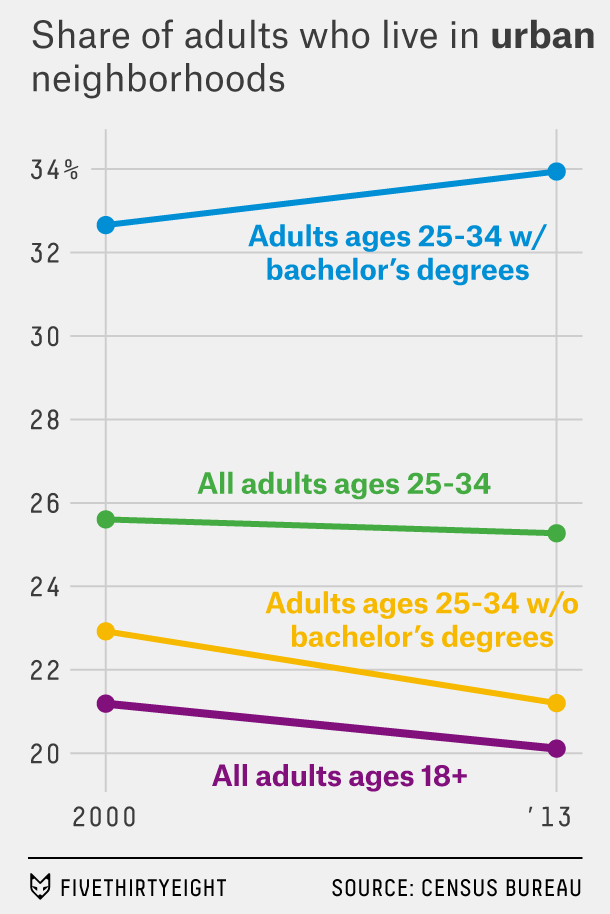 The millennial generation as a whole is not especially urban, as FiveThirtyEight economics writer Ben Casselman pointed out last month. According to the most recent detailed census data available, covering the years 2009 to 2013, 25- to 34-year-olds are slightly less likely to live in urban neighborhoods than 25- to 34-year-olds in 2000. That share dropped 0.3 percentage points — a 1 percent decline — as the chart shows.1 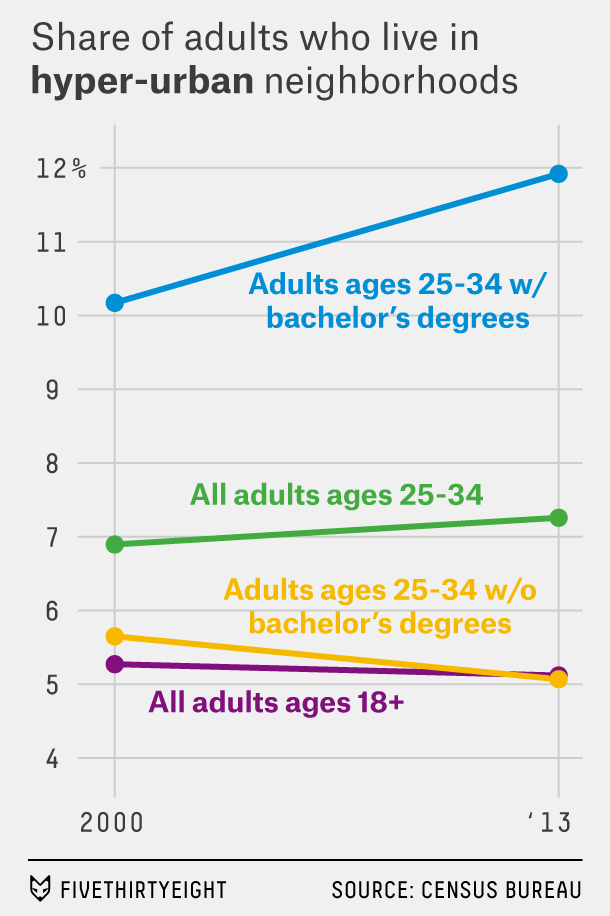 And then there’s the interpretation. College-educated millennials aren’t living in cities just because their tastes are urbanizing — other demographic factors also play a role. Almost half of the increase is explained by their being less likely to be married or to have children today than educated young adults were a decade ago. Add in a few more factors, like race and ethnicity, and we can attribute more than half the post-2000 increase in college-educated young adults living in hyper-urban neighborhoods to changes in their cohort’s demographic composition.4