Last year, state funding was either cut or held constant in 34 state libraries across the U.S. Average salaries fell for directors and rookie librarians alike. And in 2011, there were 173 fewer public libraries than in 2001.

You can’t blame people for proclaiming “The Death of the Library: Read It and Weep” and foreseeing “A Country Without Libraries.” But are libraries really an endangered species? If they are, so are librarians, and we can look at occupational data from the Bureau of Labor Statistics to find that out.

Rather than solely looking at change over time, it’s worth zooming in to a finer level of detail. For each metropolitan area, the BLS calculates a “job quotient,” which measures the number of librarians relative to population. On that basis, with 2.1 librarians for every 1,000 people, Owensboro, Ky., is the Silicon Valley of librarians.

But then again, there were only 100 librarians in Owensboro (we tested the accuracy of the data and estimate that the real number of librarians is somewhere between 88 and 112). The total might be low, but the job quotient is still helpful — looking at the list of the 10 biggest concentrations of librarians in the U.S., we noticed that all of them were in metropolitan areas with colleges (retrospectively, duh). 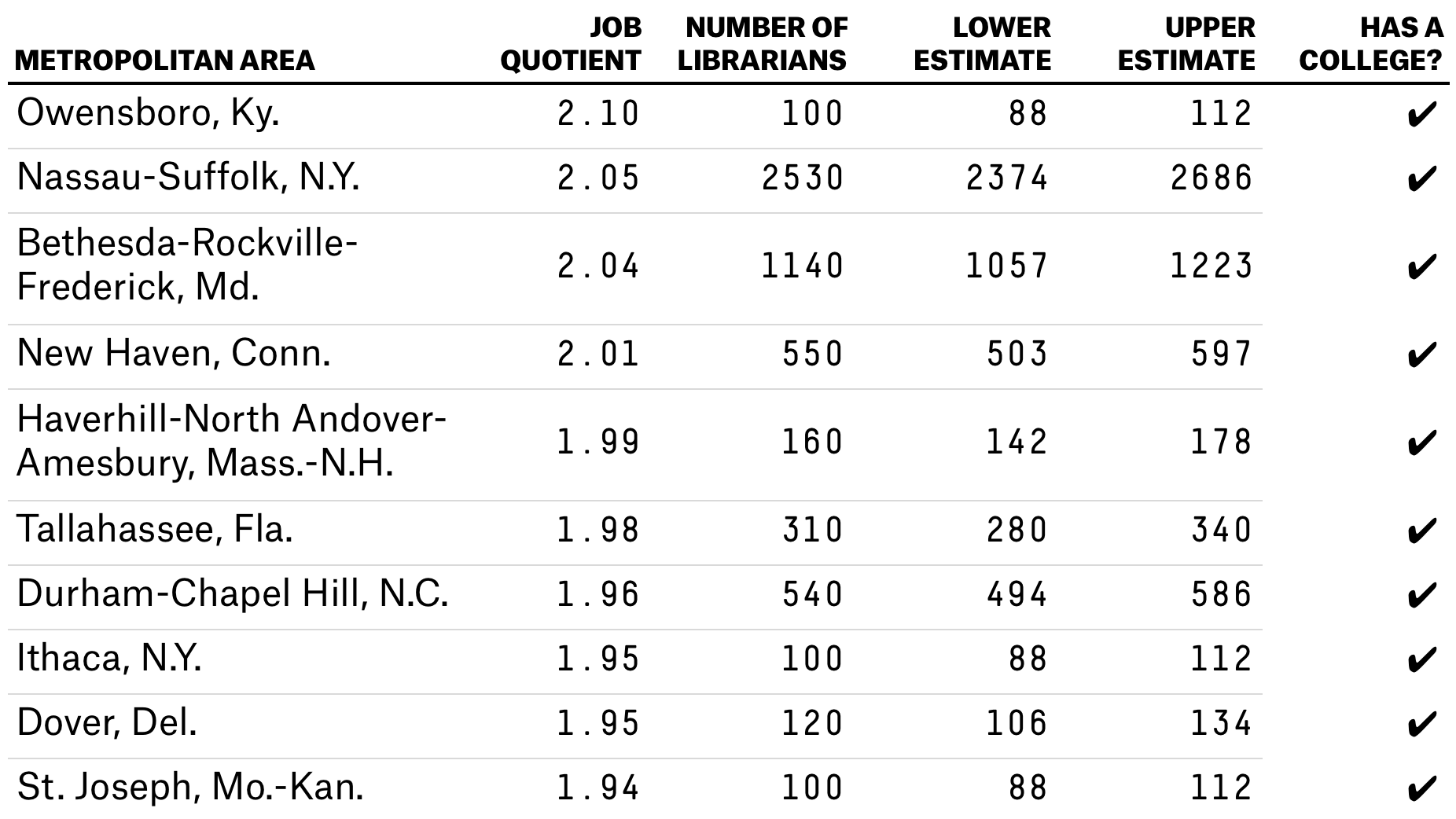 The highest concentration of librarians might be in Owensboro, but the best pay can be found in Fresno, Calif., where the average annual wage for library workers is $79,780. Nationally, the average librarian earns $55,370 per year and has a master’s degree.

If you’re trying to use this information to judge whether libraries will become a thing of the past, you might be interested to know that librarians are getting older. According to the American Library Association, the median age of a credentialed librarian was 39 for men and 41 for women in 1980. By 2005, it had risen to 51 for men and 52 for women.