The following is an updated version of this article, published in 2018.

The horror in Uvalde, Texas, last week was horrifyingly familiar to Mary Ellen O’Toole. Part of a small group of academics, law-enforcement professionals and psychologists who published some of the first research on mass shootings in schools more than 20 years ago, O’Toole knows the patterns these events and perpetrators all follow — and the opportunities for prevention that seem to just keep being missed.

I first spoke to her in 2018, after the Marjory Stoneman Douglas High School shooting, but she has been studying school shootings for more than 27 years. In that time, she and other experts say little has changed. The risk factors they identified two decades ago still apply. The recommendations they made are still valid. And every time another batch of Americans die in this way, researchers like O’Toole are forced to watch in horror, thinking about what could have been prevented and why it wasn’t.

“On the news, people are saying we should be concerned about this and that,” O’Toole told me in 2018, “and I thought, ‘We identified that 20 years ago. Did you not read this stuff 20 years ago?’ … It’s fatiguing. I just feel a sense of fatigue.”

It’s difficult to say definitively how many school shootings have happened in this country — different databases count them in different ways and come up with different numbers of incidents. It’s harder still to prove how many would-be shootings were averted, or how many others could have been if additional steps had been taken. But the people who have spent more than two decades trying to understand this phenomenon are still here and are still trying to sell politicians and the public on possible solutions that are complicated, expensive and tough to sum up in a sound bite.

Any research into school shootings is made more difficult by how uncommon such shootings are. In 2016, FiveThirtyEight wrote about the more than 33,000 people killed by guns in America every year. Of those deaths, roughly one-third — about 12,000 — were homicides, but hardly any were due to mass shootings.1 If you define mass shootings as an event where a lone attacker indiscriminately kills four or more people, in a public place, unrelated gang activity or robbery, then mass shootings account for a tiny portion of all gun homicides — probably a fraction of a percent. School shootings are an even smaller subset

In 1995, when O’Toole began to study school shootings, they seemed like even more of an outlier than they are today. “I couldn’t even call it a phenomenon,” she said in 2018. “Prior to Columbine, there was no indication that it was going to become one of those crimes that just becomes part of the culture. It looked like it could have faded away.” 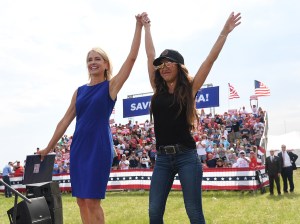 These uncommon but high-profile tragedies had also drawn the attention of Marisa Randazzo. In 1999, she was the chief psychologist for the Secret Service and became a part of a joint effort between the Secret Service and Department of Education to better understand school shooters and how to prevent attacks before they happened. Randazzo had previously worked on the Exceptional Case Study Project — a Secret Service project designed to better understand people who threaten the president and other public figures. Like school shootings, assassinations are extremely rare events that have a huge impact on society. That rarity makes them hard to study — and makes it hard to tell blowhards from real threats. But their impact makes them important to understand.

Randazzo found that the project’s findings echoed what she was learning about school shootings. For instance, the Secret Service had once focused its energy on threats made by people with a history of violent crime or who had a mental illness that caused them to act irrationally. But the Exceptional Case Study Project analysis showed that most people who actually carry out attacks didn’t meet either of those criteria. Instead, a better way to figure out who was really a threat was to talk to friends, family and coworkers — most attackers had discussed their plans with other people.

First, these studies determined that there wasn’t much point in trying to profile school shooters. Yes, most were (and remain) male and white, but those categories were so broad that they’re essentially useless in identifying potential threats ahead of time, Randazzo said. What’s more, she said, more detailed profiles risked stigmatizing perfectly reasonable behaviors — like wearing black and listening to loud music.

Instead, the reports focused on the behavior and mental state of the young people who chose to kill. While these teens were deeply troubled, that’s not quite the same thing as saying that those who commit school shootings are just irredeemably mentally ill. Nor does it mean those young people suddenly snapped, giving no warning. “School shooters typically do this out of a profound adolescent crisis,” said James Garbarino, a professor of psychology at Loyola University Chicago who specializes in teen violence and began studying school shooters in the late 1990s.

Randazzo described a pattern of young people who were deeply depressed, unable to cope with their lives, who saw no other way out of a bad situation. The stressors they faced wouldn’t necessarily be problems that an adult would see as especially traumatic, but these young people were unable to handle their emotions, sadness and anger, and they started acting in ways that were, essentially, suicidal.

Some of the best data on the mental state of school shooters has come from interviews with those shooters (and would-be shooters) who survived the attack. Randazzo described one such living school shooter,2 currently serving multiple life sentences, who told her that before the attack he spent weeks vacillating between suicide and homicide. Only after he tried and failed to kill himself did he settle on killing others in hopes that someone would kill him. Garbarino, who has interviewed dozens of people who went to prison for life as teenagers, both for school shootings and other violent crimes, heard many similar stories.

“The reason I emphasize this is that we know so much about how to help someone who is suicidal, and those same resources can be used very effectively with someone who is planning to engage in school violence,” Randazzo said. So how do we spot the ones who are planning an attack at a school? The studies she and O’Toole published years ago showed that, like people planning to attack the president, would-be school shooters don’t keep their plans to themselves. They tell friends or even teachers that they want to kill. They talk about their anger and their suicidality. They lash out violently against family and friends. And as more teens have attacked their schoolmates, that pattern has proved to hold true over time. It was true for Nikolas Cruz, the Parkland shooter. It was true for Payton Gendron, the Buffalo shooter. It was true for Salvador Ramos, the Robb Elementary shooter.

While all the experts I spoke with said that policies that keep guns out of the hands of teenagers are an important part of preventing mass shootings, they all also said it is crucial to set up systems that spot teens who are struggling and may become dangerous. You can’t predict violent events or who will go from threatening behavior to murder, O’Toole said. But it is possible for us to look around and see the people who are having problems and need intervention. Interventions can prevent violence, even if we can’t predict it, she told me. For example, at least four potential school shootings that were averted in the weeks after Parkland all stopped because the would-be killers spoke or wrote about their plans and someone told law enforcement.

And there’s usually time to spot these things coming. While homicides in general are almost never premeditated, mass shootings — including school shootings — almost always are, said Adam Lankford, a professor of criminology at the University of Alabama. That makes sense, O’Toole said, because it takes time for a person who is drowning in self-pity and anger to decide their misery is someone else’s fault, to dehumanize those other people to the point of being able to kill them and to isolate themselves from any reality checks that could break through these dangerous thought patterns.

But time also erodes the systems that schools have implemented in the past to prevent violence. Randazzo told me that her team had trained numerous school districts in school shooting prevention back in the early 2000s and that, as of 2018, many of those districts no longer had prevention systems in place. Thanks to staff turnover and budget reprioritization, such institutional knowledge simply withered away. And ironically, that happens precisely because school shootings are so rare. “It takes time and effort for a school to create a team and get training,” Randazzo said. “And, fortunately, threatening behavior doesn’t happen often enough” to spur schools to action.