This article is part of our America's Issues series.

In 1935, Gallup first asked Americans what they thought was the most important problem facing the United States. In the midst of the Great Depression, about 3 in 5 Americans mentioned concerns related to the economy.

Fast forward nearly 90 years, and countless pollsters regularly ask Americans what’s top of mind for them. But on their own, answers to this question don’t really tell us that much. Issues like “the economy” or “political polarization” are often too broad to define. Moreover, two voters might both say something like “crime” is important to them, but for very different reasons. It’s why understanding how these issues factor into how Americans vote is so challenging.

But understanding how the most important issues facing the country factor into voters’ lives — including what they really know about the issues — is exactly what FiveThirtyEight aims to do. In partnership with Ipsos, FiveThirtyEight will conduct six polls between now and Election Day, interviewing the same group of around 2,000 Americans about the biggest issues facing the country. By interviewing the same people each month, using Ipsos’s KnowledgePanel, we’ll get a better sense of whether Americans’ concerns are changing and the extent to which those worries will influence the country’s political environment as we move closer to the 2022 midterm elections. We’ll do deep dives into what Americans name as their most pressing concerns and also conduct one FiveThirtyEight/Ipsos poll after the election to see where things stand after the country has voted.

At this point, the answer to what Americans are most worried about is pretty straightforward: inflation. In the first FiveThirtyEight/Ipsos poll,1 52 percent of Americans said the most important issue facing the country was inflation. We asked Americans this question in a variety of ways,2 but regardless of how we asked it, the top answer was always the same: inflation.

It’s true that a larger percentage of Republicans than Democrats or independents in our poll said they were concerned about inflation. But inflation still led the way regardless of party identification: About two-thirds of Republicans selected it as a top issue, as did about half of all independents and slightly more than 40 percent of Democrats. Inflation was the top issue for respondents of all age groups and for both men and women, too. Now, some Americans did find other issues more important, though. For instance, 43 percent of Black Americans listed “race and racism” as a top concern, while 37 percent named inflation.

But inflation in particular is casting a pall over the lives of Americans of all stripes. “At the end of the month, it’s harder to buy food and pay bills and keep the kids with clothes and sneakers on them,” a Hispanic 48-year old Democratic woman from New York told us. “No matter how much they raise wages, costs exceed them,” said a white 60-year old Republican woman from Pennsylvania. And as a 36-year old man of color from Arizona who identified as independent put it: “It is impacting my spending power and the future wealth of myself and generations that come after me, including my own children.” Moreover, with prices continuing to rise — inflation was 8.3 percent in April — these concerns aren’t likely to go away anytime soon.

And most Americans don’t feel like things have improved for them financially, either. Overall, 32 percent said their personal financial circumstances had worsened over the past year, 52 percent said things were about the same, and just 12 percent said they were doing better. Tellingly, 41 percent said they had made a major change to how they live, including a majority (56 percent) of households making less than $50,000 per year. 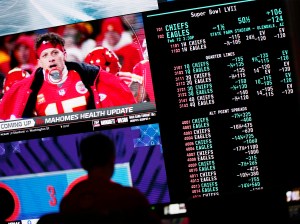 Many in our survey said they were driving less, taking fewer vacations or just being more cost-conscious at the grocery store. Put more simply, many Americans are watching what they spend. “I just noticed that I'm really checking my bill a lot more. I actually maintain a spreadsheet just to track how my costs have gone up,” said James Bassett, a 48-year old white man from South Carolina. “It's definitely made me a lot more mindful and taken a little bit more time to process what I need and what I don't need.”

For the most part, though, Americans have a decent understanding of what inflation and the broader economic situation looks like in the U.S. For instance, a plurality of Americans knew that unemployment is currently at its lowest level since the start of the pandemic. Similarly, slightly more Americans knew that wages were increasing faster over the last year than they had at any point over the previous two decades — even though a plurality said they didn’t know. That said, there were a couple points where a majority of Americans were wrong. Most notably, 51 percent said that inflation was higher now than at any time since World War II, even though inflation was actually higher at some points in the 1970s and early 1980s.

Both younger and older Americans, including those who lived through the high inflation periods of the 1970s and ’80s, were likely to say that inflation was higher now. Some recency bias is probably at play here, but older Americans may also feel a greater pinch from inflation today than they did in earlier decades because they are more likely now to live on a fixed income from a pension or social security. “Once you fall behind, there's no catching up until they give you an increase the following year,” said Jarvis White, a 65-year old Black man from Florida. In his view, the situation in the 1970s and ’80s, even during the 1970s oil embargo, “pales in comparison” to today’s circumstances.

Similarly, a plurality of respondents said U.S. gas prices rank among the highest in the world — they don’t. But it’s easy to understand why many Americans think they do. For starters, compared to food, clothing or electricity, gas prices have seen the largest percentage increase over the past year, which a majority of respondents answered correctly in a separate question in our poll. Moreover, a lot of Americans drive and have to visit the pump often, especially compared to other countries, so it’s no wonder many thought gas prices were relatively high by global standards. “I work in sales, so I drive a lot. Gas is killing me right now,” said Jeni Johnson, a 53-year old white woman from Michigan.

There were some differences in how Americans answered these questions based on party. For instance, a much smaller share of Democrats than Republicans (48 percent vs. 86 percent) correctly said inflation wasn’t higher when Donald Trump was president, and a smaller share of Republicans than Democrats (40 percent vs. 57 percent) correctly said that unemployment is at its lowest point since the start of the pandemic, which reflects how partisanship can color economic views. But broadly speaking, Americans were on the same page, including in some cases for what they thought was responsible for driving inflation. A sizable majority of Democrats, Republicans and independents said that supply chain breakdowns, the COVID-19 pandemic and foreign conflicts had all had a “major” or “significant” impact. From there, though, there was much less agreement, as the chart below shows.

Most divides fell along somewhat predictable political lines. For instance, Democrats were more likely to blame businesses, with 70 percent saying that businesses trying to make more profits had made a major or significant impact on price increases and 60 percent saying the same of a lack of competition among businesses, compared with only 45 percent and 39 percent of Republicans, respectively. Conversely, Republicans were more likely to blame government COVID-19 spending programs, with two-thirds saying that it was a major or significant reason for inflation, while only 37 percent of Democrats said the same. Of course, neither side is fully correct in its assessment of what’s causing inflation, but it does underscore once again how partisanship can influence how Americans interpret economic conditions.

Regardless of partisan differences, though, half of the respondents in the FiveThirtyEight/Ipsos poll named inflation as a top concern — both for them personally and for the country. And there’s good reason to think that this issue could be a major boon to Republicans’ hopes of taking control of the House and Senate. That’s because independents, about half of whom named inflation as a major worry, aren’t happy with the status quo — only 30 percent had a favorable view of Biden in the poll, compared with 55 percent who had an unfavorable opinion of the president. Independents are less likely to vote than Republicans or Democrats, and our survey suggests that about half of all likely voters who are independent haven’t yet decided which major party they’ll support or have decided they will not support either in November. Yet given Biden’s poor numbers among independents and that inflation looks like a long-term problem, Republicans appear to have an easy way to appeal to dissatisfied, less partisan voters who will be more open to a message of change come November.

In other words, inflation could very well be the issue that tips the scales this year sharply to the Republicans’ advantage.