With just one week remaining in the NFL regular season, the playoff implications are fairly straightforward, and running thousands of simulations of Week 17 outcomes may seem like computational overkill. But the playoff field is far from settled, particularly the seeding, so a simulation model can still be helpful in sorting out the probable from the improbable.

Speaking of improbable, the Atlanta Falcons and the Carolina Panthers will play for the NFC South division title this Sunday. They are No. 22 and No. 24, respectively, in our rankings based on the betting lines: 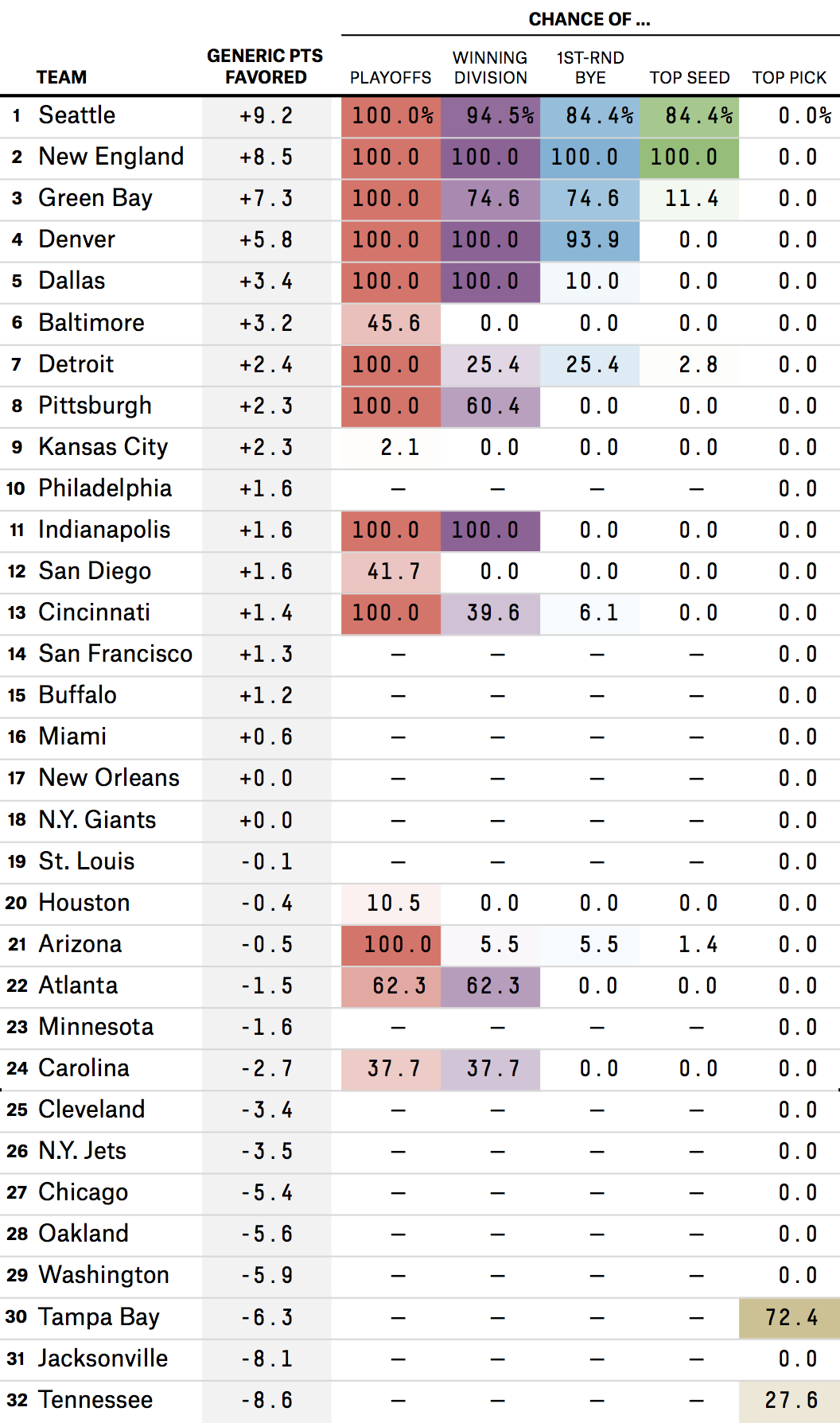 The winner will most likely face the Arizona Cardinals in the first round of the playoffs, though there is still a 7 percent chance the NFC South winner will face the Seattle Seahawks instead.

There are four NFC teams with any real chance at the conference’s top seed.1 The Seahawks can clinch the top seed with a win over the St. Louis Rams. A Seahawks loss would boost the chances of securing home-field advantage throughout the playoffs for the Detroit Lions, Green Bay Packers and the Cardinals.

If you find the various clinching and elimination scenarios for your team too difficult to keep track of, we’ve made it easy on you. Use the interactive tool below for a quick summary of which games matter — including those that matter for the top draft pick.2 The race for the first overall pick in the 2015 NFL Draft is between the Tampa Bay Buccaneers and the Tennessee Titans. The Buccaneers are the current favorite, owing to a weaker projected strength of schedule than the Titans.

The playoff situation is slightly more open in the AFC. The New England Patriots have clinched the top seed. And the Indianapolis Colts are locked into the fourth seed, where they will face either the Pittsburgh Steelers or the Cincinnati Bengals in the first round. A matchup with the Bengals looks slightly more likely at this point, with a probability of 60 percent.

The San Diego Chargers’ playoff fortunes have swung wildly. Their probability of making the playoffs was as high as 76 percent in mid-October, but dropped to near single digits just a month later following some key conference losses. Going into Saturday night’s game against the San Francisco 49ers, the Chargers’ playoff chances were just 15 percent. In that game, San Diego overcame a 14-point deficit in the fourth quarter to force overtime before winning on a Nick Novak field goal.

With that victory, the Chargers now have a playoff probability of 41 percent going into their matchup this Sunday against the Kansas City Chiefs, and a win guarantees the Chargers a playoff berth. However, if the Chiefs can win at home, their playoff chances stay alive, along with those of the Baltimore Ravens and the Houston Texans. With a total “swing” of 200 percentage points, the Chargers-Chiefs game is one of our top matchups this week: 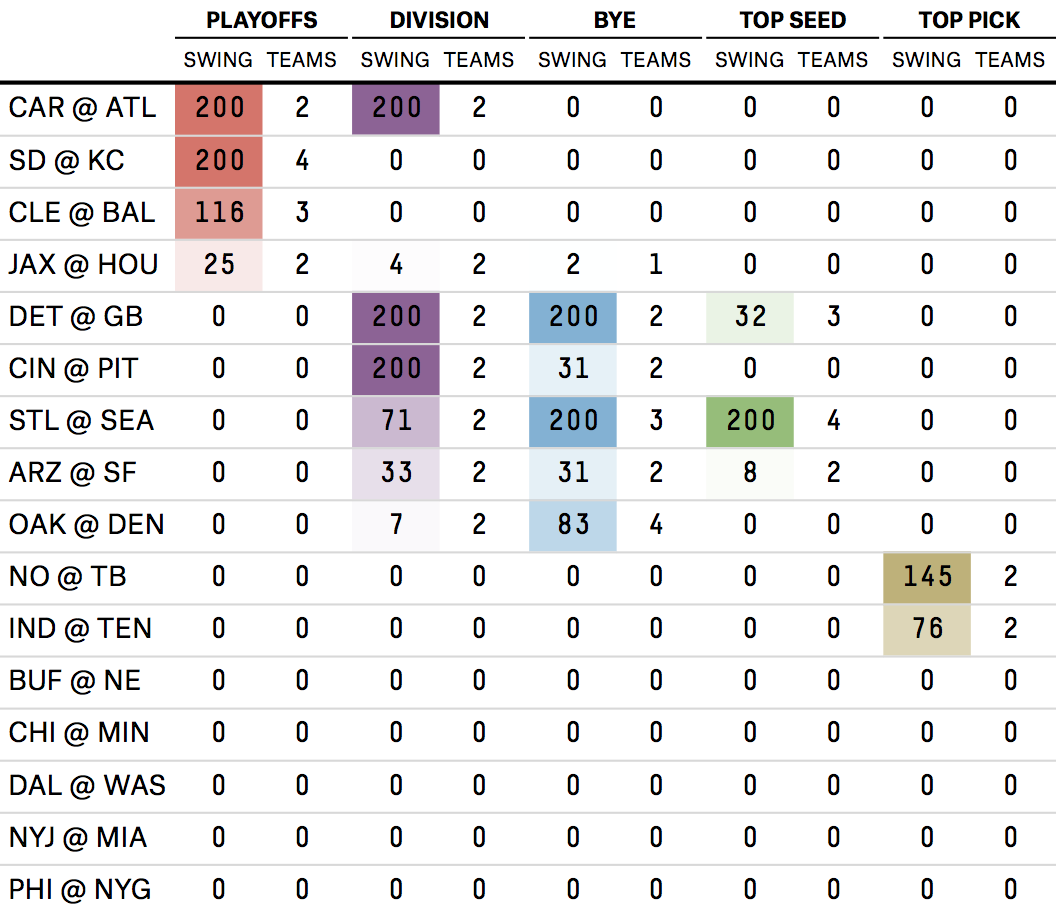