When it comes to the coronavirus pandemic, one of the storylines we’ve been following is the growing gap between how Democrats and Republicans view the crisis.

The most obvious divide until this point has been largely political: that is, how Democrats and Republicans view President Trump’s handling of the pandemic. As FiveThirtyEight’s tracker on coronavirus polls1 shows, 82.2 percent of Republicans approve of the president’s response compared with just 12.5 percent of Democrats. But since Trump is arguably the most polarizing president in modern times, it’s not exactly stunning that his approval rating on handling the crisis — 42.7 percent — is more or less identical to his overall job approval rating.2

By comparison, attitudes toward state governors and their handling of the pandemic don’t seem especially partisan — at least at this point. A new poll from SurveyMonkey found that every governor’s approval rating was higher than Trump’s — except for Georgia Gov. Brian Kemp’s, whose rating was on par with the president’s. And 42 governors had an approval rating of 60 percent or higher regardless of their states’ political lean. This includes some Republican governors in blue states — such as Maryland Gov. Larry Hogan and Massachusetts Gov. Charlie Baker — and some Democratic governors in red states — like Montana Gov. Steve Bullock and Kentucky Gov. Andy Beshear.

Still, we are starting to see more pronounced splits between Democrats and Republicans on their attitudes toward the coronavirus crisis. The Axios/Ipsos tracking poll found, for instance, that 78 percent of Democrats felt there was a moderate to large risk in attending in-person gatherings compared with 51 percent of Republicans, a 27-percentage-point gap that has doubled since mid-April. As for when to end social distancing and reopen businesses, a new poll from The Economist/YouGov found that 34 percent of Republicans said it was already “safe right now” compared with only 6 percent of Democrats. And when it comes to attending large political rallies, Republicans were nearly twice as likely as Democrats (38 percent to 22 percent) to say they’d be comfortable attending one sometime in the next six months (or sooner) based on what they know about COVID-19, according to a new poll from Morning Consult.

However, Americans overall continue to be very worried about the U.S. economy in the face of the health crisis: In FiveThirtyEight’s tracker, 87.3 percent said they were very or somewhat concerned — right in line with where the numbers have hovered since March.

As a result, there is still fairly strong support for government intervention to aid different parts of the economy. Data For Progress’s latest tracking poll found that 58 percent of Americans supported more government spending to fight the pandemic, even if this increased the national debt and deficit, compared with 42 percent who said the government had spent either enough or too much already. There was a partisan split on this question, though, with 70 percent of Democrats supporting more government spending compared with 42 percent of Republicans. Specific policy ideas such as giving grants to businesses, direct cash transfers to individuals, and universal paid leave were supported by 60 percent or more of Americans (including majorities of Democrats and Republicans).

The HuffPost/YouGov survey also found that 47 percent of Americans felt that policies in their area were “about right,” while 24 percent felt there weren’t enough restrictions. Only 21 percent felt that their area had too many restrictions. But, again, there was a partisan split on this question: 37 percent of Republicans said there were too many restrictions compared with 7 percent of Democrats. Still, similar shares of Republicans (52 percent) and Democrats (49 percent) thought local actions were on the mark.

There are also signs that the debate over privacy and public health could turn even more partisan. For the moment, Americans seem willing to sacrifice some privacy to combat the novel coronavirus. When they are forced to choose between protecting people’s medical privacy and preventing the spread of COVID-19, a new Gallup survey found that 61 percent of Americans would choose limiting the spread of the disease — even if doing so meant revealing people’s sensitive medical information. But here, too, there were some partisan differences: 57 percent of Republicans prioritized protecting medical privacy compared with 42 of independents and just 23 percent of Democrats. This could be an increasingly controversial topic in the coming weeks, though — tellingly, members of Congress from both parties have already proposed legislation aimed at protecting patient privacy and security. 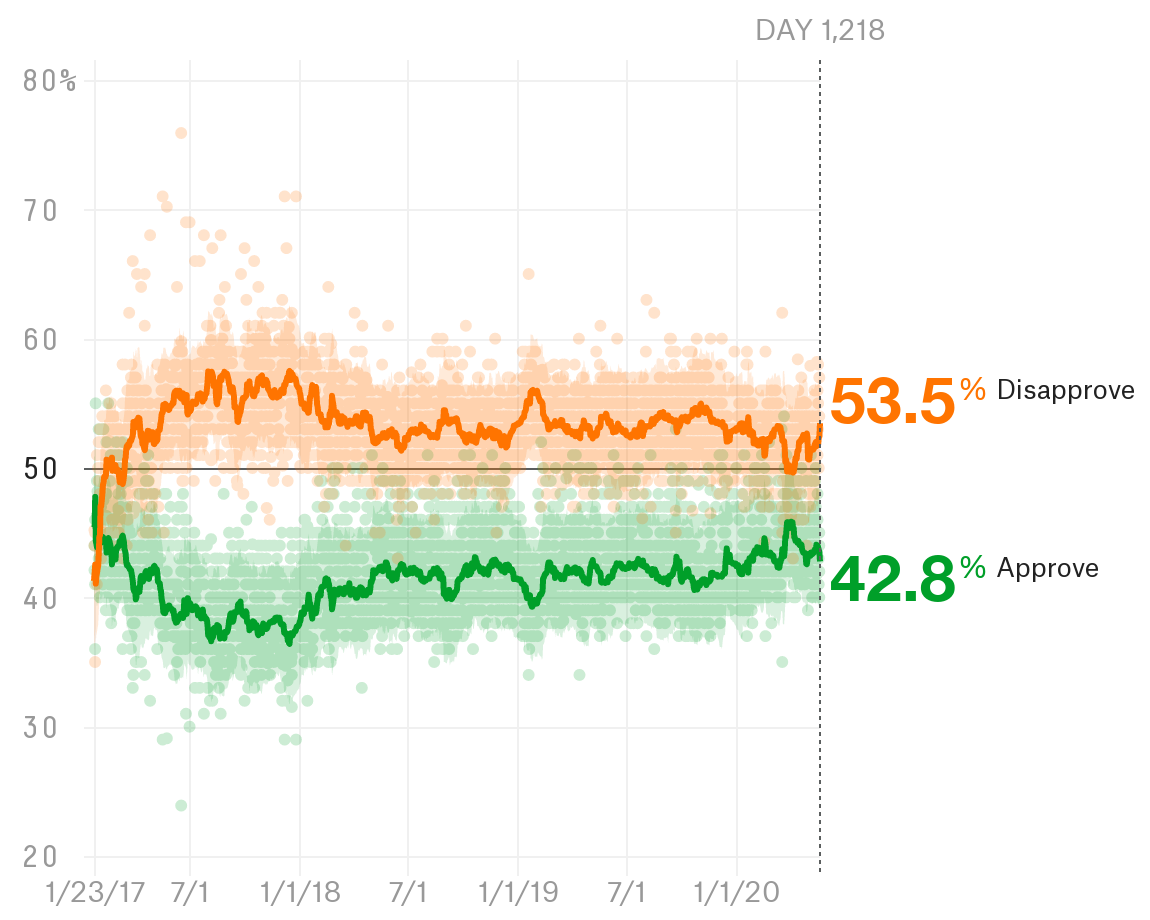