Following the results of an investigation conducted by three independent researchers, Mark Grebner, Michael Weissman, and Jonathan Weissman (Michael Weismann assisted FiveThirtyEight in its investigation of another allegedly fraudulent pollster, Strategic Vision), Daily Kos will be suing its former pollster, Research 2000, which it dismissed three weeks ago, partly as a result of its poor results in our pollster ratings as well as other concerns I had expressed to Markos Moulitsas about their polling.

I find the results of the investigation conducted by Grebner, Weissman and Weissman to be highly compelling and it confirms other oddities that I had detected in Research 2000’s polling. Their report is worth reading in full, but one relatively obvious problem they identified was the unusual movement in Obama’s weekly tracking numbers. In particular, Obama’s favorability number rarely remained the same from week to week in Research 2000’s tracking, instead almost always moving in one direction or the other by at least a point: 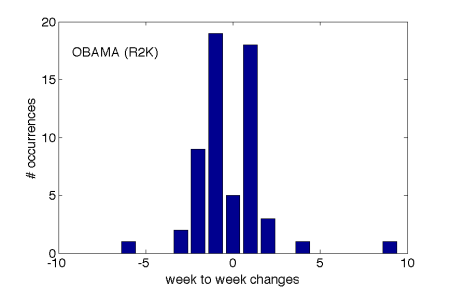 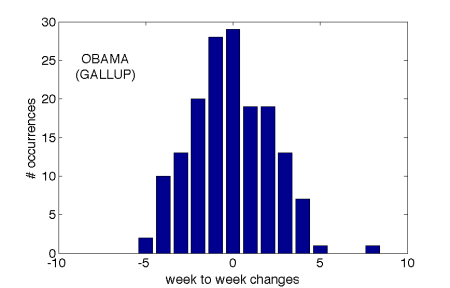 Grebner, Weissman and Weissman conclude, on the basis of this and other evidence:

People who have been trusting the R2K reports should know about these extreme anomalies. We do not know exactly how the weekly R2K results were created, but we are confident they could not accurately describe random polls.